A quick guide to comparative advertising 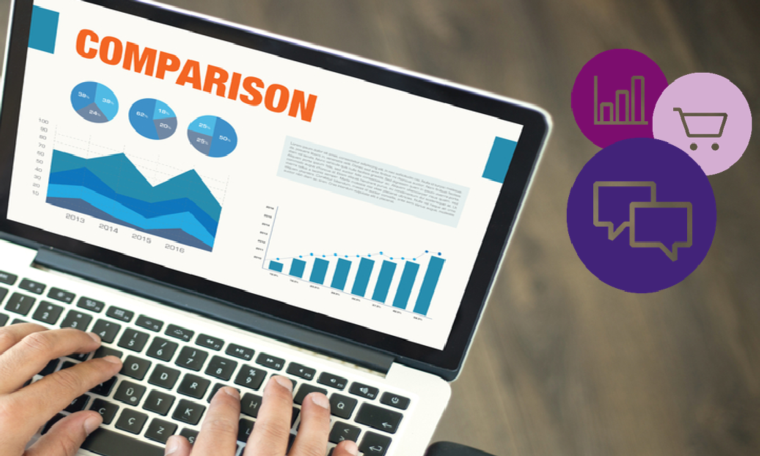 Comparative advertising can be a great way to make your company stand out in the marketplace and can also help consumers decide which product or service is best for them. But it can also generate scrutiny and complaints, both from your competitors and the public, so it’s important to know what the rules are.

Here are four key things to think about before running a comparative ad:

1. What claim do you want to make?

Think carefully about the claim you want to make and how it will be understood by consumers – if the claim is ambiguous you risk misleading consumers so make sure it’s clear. When making an objective claim you should, as always, make sure you hold documentary evidence to support it before running the ad.

Unless it is obviously ‘puffery’, the ASA is likely to regard superiority and top parity claims as objective. Superiority claims are those which claim to be better than competitors, such as ‘No. 1’ or ‘market leading’, whereas top parity claims are those which state that an advertiser is one of the best, for example, “just as strong as any other”.  Depending on the context, describing your product as the “best” could potentially be regarded as subjective. However, the ASA has previously upheld “best” claims where it considered that, in context, they would be understood as objective.

For more on different types of claims, see here.

2. Is it a comparison with an identifiable competitor?

As an example, ‘leading’ claims are, by their nature, likely to be seen as a comparison with all competitors, which will mean they are likely to be identifiable, as are claims like “UK’s most effective” and “UK’s cheapest”.

For more on comparisons with identifiable competitors, see here.

3. Are you comparing the right things?

Comparisons with identifiable competitors must compare products meeting the same need or intended for the same purpose (CAP Code rule 3.34).

Essentially, the products being compared must display a sufficient degree of interchangeability for consumers. Examples of products it could potentially be acceptable to compare under this rule include: branded and non-branded versions of the same underlying product or organic and non-organic produce. However, you must always ensure the basis of the claim is clear and that the ad isn’t likely to mislead consumers materially.

4. Is the comparison verifiable?

Comparisons with identifiable competitors must objectively compare one or more material, relevant, verifiable and representative feature of those products, which may include price (CAP Code rule 3.35). A competitor doesn’t need to be named to be identifiable, and the ASA has ruled against ads which did not include verifiability information where a competitor was not explicitly named.

Feeling vexed about verifiability?  Read our previous article on this here.

As always, if you’re not sure whether your non-broadcast ads stick to the rules, the CAP Copy Advice team are on hand to provide free bespoke advice.