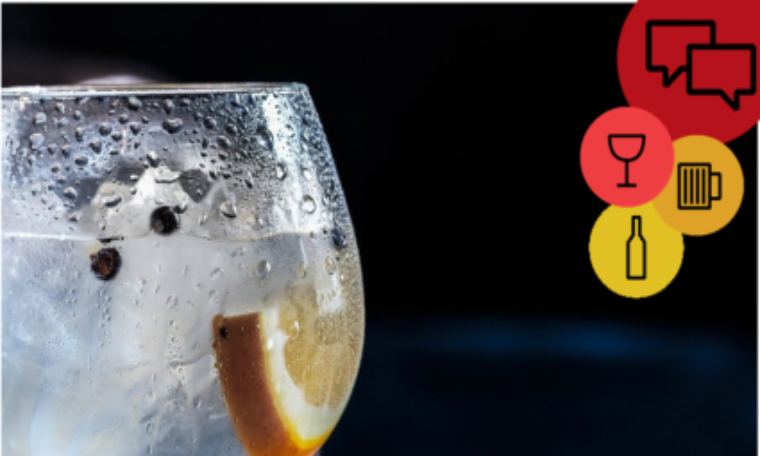 This year’s theme for Alcohol Awareness Week is ‘Alcohol and relationships’, and provides an opportunity for people to reflect on the way alcohol can affect our connections and interactions. We want to get you thinking about your brand’s relationship with responsible advertising and the Alcohol Rules.

Use caution when showing people handling and consuming alcohol. One ad the ASA ruled on showed a man pouring a bottle of vodka into his mouth, whilst holding another in his hand, the drink splashing down him. The ASA concluded this level of consumption was uncontrolled and upheld the complaint.

Pay attention to your casting, particularly for ‘significant roles’, which should not be played by people who are – or appear to be - under 25 years of age. This ad featured someone who was 21 year old at the time the ad appeared. He was the main focus of the image and held two bottles of the product, vodka, which the ASA found to be significant and consequently upheld on that basis.

For consumers who are conscious of what they drink, alcoholic sparkling water-based hard seltzers present as a refreshing alternative. However, health, fitness or weight-control claims are not permitted in ads for alcoholic drinks and such products should not be presented as a “healthier choice”.

Claiming that a product was “For those who love catching up with friends without undoing all the good from their active lifestyle”, caused an advertiser to be found in breach of the Code for this reason.

It is important to know your product – hard seltzers can contain between 4-6% ABV. Marketers should not state or imply that a drink with more than 1.2% ABV is ‘low alcohol’. The ASA ruled that an ad breached the Code by including the claim “a little bit of alcohol”, which minimised the alcoholic strength of 5% ABV.

Get back to a (new) normal

As we try to get back to normal life after lockdowns, advertisers wishing to encourage a return to ‘normal’ socialising must remember to keep ads socially responsible. The alcohol rules state ads must not lead people to adopt styles of drinking that are unwise, such as excessive drinking.

The ASA upheld a complaint against ads for a ‘bottomless brunch’ because it contained images of women who appeared to be inebriated and falling over, superimposed text “leaving a bottomless brunch like….” and links to where people could buy tickets to a brunch event. They considered that consumers would interpret this combination as an incitement to attend those events and drink to excess.

It is also important that ads do not imply that alcohol can overcome boredom or loneliness, or that it has therapeutic qualities and is capable of changing mood or behaviour.

If you’d like some further advice on alcohol advertising please see our guidance, and if you need bespoke advice on your non-broadcast ads, our Copy Advice team are here to help.