Are your toothpaste claims ‘all-white’? 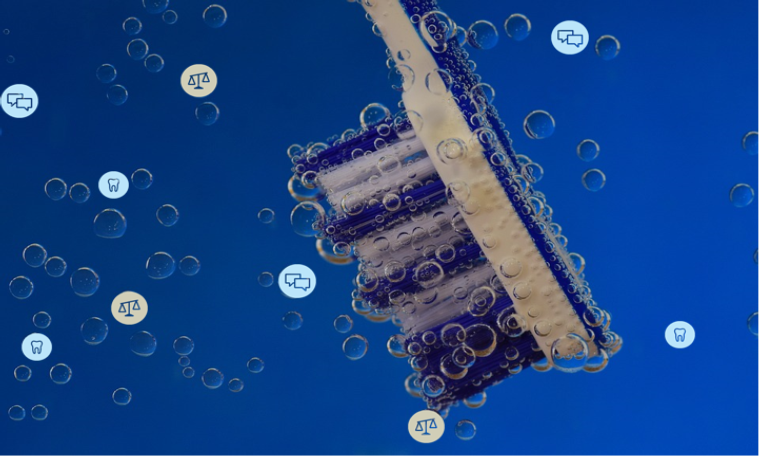 The ASA has investigated a number of toothpaste whitening claims over the years, but a ruling published earlier this year signalled a change in direction in the type of evidence the ASA is likely to expect to see to substantiate claims for whitening toothpastes going forward.

Previously, ASA investigations had focused on narrow claims such as “up to three shades whiter” and “instantly whiter” teeth that were alleged to have been misleading. In this GlaxoSmithKline ruling, however, the concerns raised by the complainant, Colgate, were broader; namely, that GSK did not hold evidence that their ‘True White’ toothpaste was more effective at whitening teeth than their non-whitening toothpastes.

The ASA Council agreed with the complainant and upheld the complaint. They ruled that consumers were likely to understand from the ad that Sensodyne True White was particularly effective at whitening.  As they had not been provided with evidence to show that it had a perceptibly greater whitening effect than Sensodyne non-whitening toothpastes, they concluded that the ad was misleading.

The ASA will always assess every ad on a case-by-case basis, and it may be possible for an ad for whitening toothpaste to not convey such an interpretation to consumers.  However, the direction of travel in this ruling suggests that, in future, the ASA Council is likely to consider that ads for such products imply that the toothpaste will have a perceptibly greater whitening effect than the same brand's non whitening toothpastes.

As a result, the ASA Council are likely to expect to see evidence that shows that the whitening efficacy of a toothpaste is perceptibly greater than the brand’s non-whitening counterparts.  Failure to demonstrate evidence of this could risk the ad being found in breach of the Code.

More guidance on teeth whitening can be found here.  If you need further bespoke advice on your non-broadcast ads, our Copy Advice team are here to help.