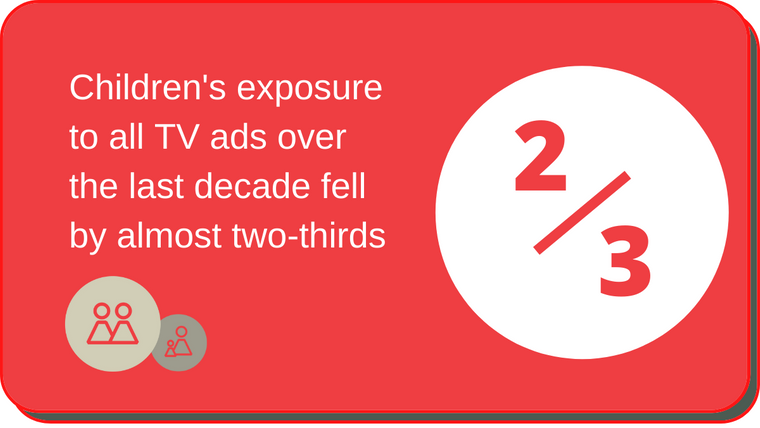 Children’s exposure to gambling and alcohol ads on TV has decreased significantly over the last decade, we can reveal.

As part of our commitment to protecting vulnerable audiences from potential harms, we conduct regular monitoring of ads, in particular those for age-restricted products, to help identify trends and ensure our tough scheduling restrictions are working to limit appropriately, in this case children’s, exposure to them. The findings of this report show that children are seeing fewer ads for gambling and alcohol products on TV, in a continuing downward trend.

For the first time, we’ve also broken the data down by nation, revealing differences across the UK for a more complete picture.

Children in Northern Ireland saw the biggest decrease in exposure to alcohol ads, from 5.2 ads on average per week in 2010 down to 1 per week in 2021.

Under-16s in Northern Ireland saw the fewest gambling ads, from an average of 3.5 per week in 2010 down to 1.4 per week in 2021. This was the strongest rate of decline in exposure of all four nations.

While the continued decline in children’s exposure to TV ads is encouraging, we know that a lot of that is down to changing media habits. That’s why we have been conducting specific project work to gain a fully rounded picture of children’s exposure to ads. We’ve used cutting-edge Avatar technology that simulates children’s online profiles to find out what ads they’re exposed to on the internet. We’ve run quarterly CCTV-style monitoring sweeps to find where age-restricted ads have broken our rules. And we’ve commissioned new research with our next study, The 100 Children Report. Working with a panel of 100 children aged 11-17, from across the UK, we will be able to identify and take action against age-restricted ads served inappropriately to children’s websites and their social media accounts. Building on a study we undertook in 2013, this piece of work will help provide a crucial insight into the real-world experiences of children’s exposure to and interaction with online ads.

“Our latest report confirms the ongoing decline in children’s exposure to ads for age-restricted products, which is what our rules are designed to achieve. But of course that’s not the full story. Children’s media consumption habits are changing significantly, which is why we’re also focussed on protecting them online. Later this year, we’ll publish our findings on the ads they are seeing across the internet and social media as part of our zero-tolerance approach to age-restricted ads being served to children."