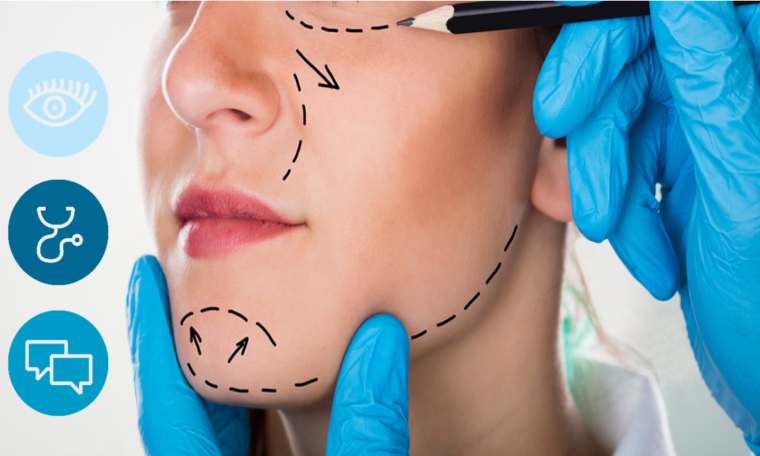 This year we’ve witnessed a concerted focus by policy makers to identify the root causes of negative body image and confidence, particularly among young people, and the measures that can be taken to prevent harms.

It’s a conversation the ASA is actively participating in.

In a 24/7 digital media world of ‘likes’, ‘shares’ and ‘follows’, where we seek out the views of celebrities, influencers, reality TV stars as well as strangers, and where posting our own pictures via social media platforms is ubiquitous, it can be easy to lose sight of the fact that many of the images we see and interact with are curated. Whether it’s filters, lenses, photo shopping or air brushing, digitally enhanced images are part and parcel of the media landscape and our everyday lives.

Add to that the scale and influence of the health and beauty industry in selling us an ideal, of the array of treatments and procedures to help us look younger or become slimmer, and the context for the concerns around body confidence is clear.

But what evidence is there of the impact a drip feed of carefully crafted perfection, that we see every day in magazines, music videos, social media and TV, has on people’s mental health? And what role does advertising play in all of this?

Those are questions currently being explored by two parliamentary bodies. The Women and Equalities Committee’s inquiry into body image and the Beauty, Aesthetics and Wellbeing All Party Parliamentary Group’s inquiry into non-surgical cosmetic procedures are both examining the impact media and advertising, and their regulation, can have on people’s self-esteem and their potential to cause harm. We’ve given evidence to both inquiries to help develop this important work.

Our rules already prohibit ads that depict people in a way that makes them appear unhealthily thin, whether that’s through airbrushing or simply the angle of a photo, the model’s pose or the way it’s lit.  We can and will take action where an image misleads about the effect a cosmetic product can have, or where a health and beauty treatment is inappropriately targeted, irresponsible or harmful.

ASA rulings illustrate how seriously we take this issue. We’ve previously banned a TV ad by MYA Cosmetic Surgery Ltd for breast enlargement surgery on the grounds it exploited young women's insecurities about their bodies, trivialised the surgery and portrayed it as aspirational. And we’ve taken action against big fashion houses for depicting models in an irresponsible way. For instance, an online video ad by Guccio Gucci SpA irresponsibly featured a model whose torso and arms appeared to be out of proportion with her head and lower body while her pose accentuated her waist so that it appeared unfeasibly small.

We’ve recently taken three companies (Skinny Clinic, SkinnyJab and Skinny Revolution Ltd) to task for irresponsibly promoting weight loss injections. They did so in partnership with celebrities and influencers. Not only were their claims about the products incompatible with good medical and nutritional practice, they were also promoting prescription-only medicines to the public, which is prohibited by law. We also found that the ads irresponsibly exploited people’s insecurities around body image.

And we’re responding to the #filterdrop campaign for it to be made compulsory that social media influencers state if they’ve used a filter when promoting cosmetics. Currently, we’re investigating several posts on Instagram and whether, through the use of filters, they misleadingly exaggerate the effectiveness of cosmetics products.

Our rulings are an important tool in holding advertisers to account, but we’re doing more to bolster protections. We’ve already had significant success, using media monitoring software and working alongside Instagram, to get over 12,000 organic advertising posts for Botox (another prescription-only medicine) removed from the platform. And this summer, we launched a public consultation on introducing new rules that will prohibit advertising for cosmetic interventions – breast augmentation, rhinoplasty and dermal fillers – from being directed at those under the age of 18.

Advertisers have long sold the idea of perfection. In most instances they do so responsibly. But a body of evidence is building. If it’s shown that the volume and cumulative impact of this kind of advertising is causing harm, we will need to consider further action. As we explore what more we can do to ensure ads don’t adversely impact consumers’ mental health, we’ll be launching a call for evidence on body image in the New Year.