Don’t Flub It Up! A parental advisory for profanity in ads [contains strong language] 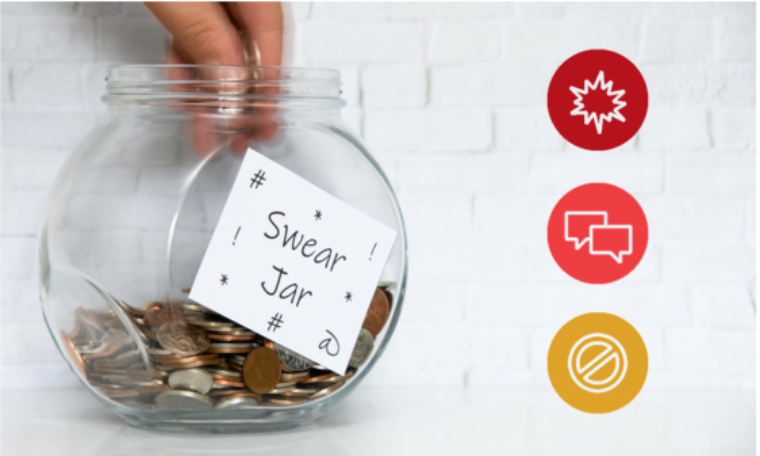 Swear words in advertising often attract attention (and complaints!). But is ‘swearing’ in ads ever acceptable – or can context make a difference? We’ve put together some useful advice about offensive language in your ads and how to avoid the ASA cursing a blue streak.

Let’s not euphemise – “fuck” and “cunt” are some of the words that you’ll struggle to justify outside of very specifically targeted media.  They lie at the extreme end of the scale in terms of levels of offence likely to be caused by swear words. For more detail, take a look at Ofcom’s research on offensive language, which the ASA often uses to inform decisions on whether a particular word or phrase is likely to offend on a serious or widespread scale.

The ASA previously upheld a complaint about a mug with “UNT” printed on it, which, in conjunction with the black C-shaped handle, visibly spelt out “cunt”. They considered that the use of this word, viewed by many as a very strong expletive, in an untargeted medium was unacceptable.

A YouTube ad stating “Fuck plastic bottles”, was also upheld against by the ASA, who considered that YouTube viewers would not expect to be served an ad that featured such strong language in this medium and concluded that the ad had been irresponsibly targeted.

Milder swear words (like ‘damn’, ‘bloody’ etc.) could potentially be considered acceptable in certain contexts, for instance when used in a positive light (i.e. “A bloody good time!”) and in a medium that is targeted at adults.

You might think it’s not the end of the f*****g world if you’ve partially obscured any rude words, but it can still be considered problematic.

An outdoor poster ad for alcohol-free beer stating “SOBER AS A MOTHERFU” was upheld by the ASA when they considered the word “motherfucker” was clearly being alluded to. They concluded that this was a word likely to offend a general audience, and therefore inappropriate for display in media where it could be seen by children - such as immediately outside a primary school, where one of the posters had appeared.

Sound-a-likes can sometimes be as bad as using the actual words.

Back in 2011, The Sofa King fell afoul of the rules for saying their prices were “Sofa King low” [say it out loud], which the ASA considered sounded sufficiently like “so fucking low” to cause offence.  Similarly, ads featuring the phrase “WHAT THE CLUCK?!” were ruled against due to the specific allusion to the expression, “what the fuck”.

For contrast, Booking.com got it booking right, when using “booking” in place of “fucking”. The ASA agreed that not only was the word “booking” related to their business, the word was sufficiently distinct from the actual swear word that viewers were unlikely to confuse the two.

It’s not what you said, it’s how you said it (and where)

Context and medium both play a key role in considering the acceptability of a word or phrase. One ad for a bed company called Bedworld used the pun “ship the bed” to refer to their free shipping (“You can ship the bed right here”). After investigation, the ASA concluded that the play on words was unlikely to cause serious or widespread offence – but it should still have been scheduled away from children.

However, targeting exclusively at adults doesn’t guarantee acceptability – particularly when the word used is amongst those generally considered most offensive. Spotify targeted specific users who had listened to Lily Allen previously or to similar music when it sent an email notification for a song called “Fuck You”. Whilst the ASA acknowledged that it was the name of a song, they considered that the recipients of the emails were unlikely to anticipate receiving seriously offensive language in a communication from an online music service and therefore upheld the complaint.

For more, take a look at our AdviceOnline article on Offence: Language, and if you need advice on your non-broadcast ads our Copy Advice team are here to oblige.