Getting to grips with the new e-cig rule 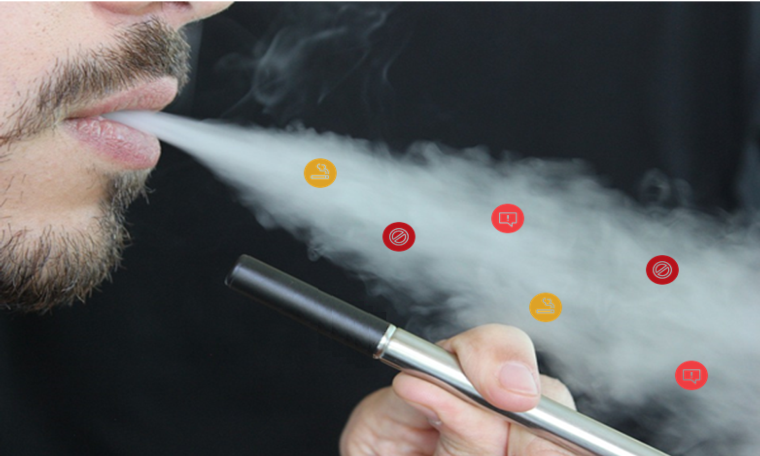 Back in February this year, CAP announced the introduction of the new Code rule 22.12, prohibiting the advertising of unlicensed, nicotine-containing electronic cigarettes and their component products in some specific non-broadcast media. The rule was brought in to reflect changes to the law which came into effect last year.

Media caught by the rule

The rule applies to ads in newspapers, magazines, emails, banner ads, paid-for search ads and other paid-for online content. The BCAP Code also prohibits such ads from appearing in TV and radio.

Advertising the business rather than the product

While ads that promote such products are prohibited, the rule does not necessarily prohibit ads for e-cigarette businesses if those ads do not directly or indirectly promote unlicensed nicotine-containing e-cigarettes or their components. The ASA has twice considered this distinction so far. In one ruling against Vape Cloud UK, the ASA upheld the complaint because the e-liquid brand name “Anarchist” and its logo appeared on the background of the image on the back-wall of the store. The ASA ruled that even though the name and logo were incidental to the main message of the ad, they were nevertheless visible and therefore had the effect of promoting nicotine-containing e-liquids.

In another example, Vape Station published an ad with an image of seven e-cigarettes in a local magazine and featured various health claims. The ASA upheld a complaint on the basis that it promoted nicotine-containing e-cigarettes and e-liquids in a prohibited medium.

In relation to claims on marketers’ own websites, the rule permits factual claims about products, but prohibits promotional content. There have been two rulings this year which have shone a light on how the ASA distinguishes between the two.

In this Vype ruling, the ASA considered that prominent time-limited discount offers and savings claims were presented as direct incentives to purchasing the advertised products. The ASA therefore concluded that the claims were promotional in nature. A stylised video with electronic music and the claim “Vaping Rocks” was also deemed promotional.  Regarding the claim “small and mighty”, the ASA accepted that the claim “small” was factual because it was an objective term that described the size of the product. However, “mighty” was deemed to be promotional as it did not in itself provide objective information about the characteristics of the product.

Marketers should also be aware that brand names can also be caught by the rule. In this ruling against Safercigs, the ASA concluded that the claim “Safercigs” was promotional because it was likely to be understood as making a claim about the relative health benefits of the marketer’s products compared to tobacco cigarettes and had the effect of promoting their e-cigarette products as an alternative to tobacco cigarettes. The ASA also ruled that a cartoon image of a doctor and the claim “Changing the way you vape one tank at a time” went beyond the provision of factual information about the product, and was promotional in nature.

It would appear that the key consideration for marketers is whether your marketing communications do anything further than provide basic, factual information about the products. Any content that appears to make the product seem more attractive is likely to be regarded as promotional.

Further guidance on interpreting the new rule can be found on this Advertising Guidance.

There is a variety of media not caught by the new rule, meaning that marketers can still promote unlicensed nicotine-containing e-cigarettes in some media. This includes leaflets, direct mail, billboards, posters on public transport and cinema.

However, your ads will still need to comply with the rest of the e-cigarette rules in Section 22, which ensure that all ads for e-cigarettes are socially responsible. This section includes rules which prevent ads from appealing particularly to people under-18, from promoting the use of tobacco products and from encouraging non-smokers to use e-cigarettes. More guidance on these rules can be found here.

If you need further advice on this topic, the CAP Copy Advice team is happy to help.