It's about trust: the ASA ad campaign in Scotland 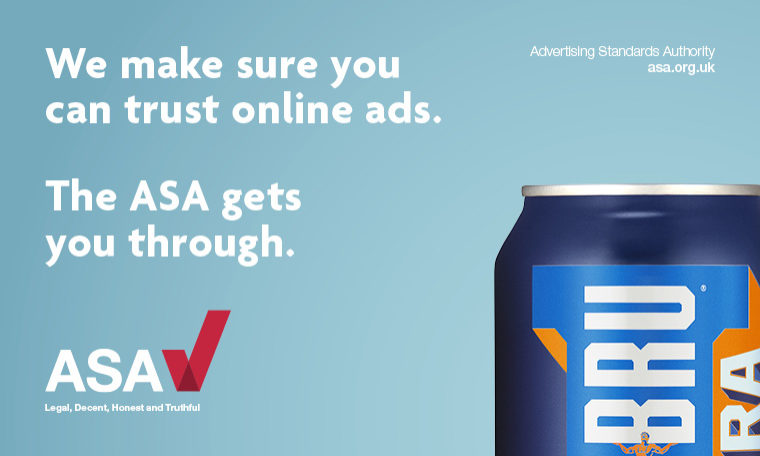 Wherever they appear – on TV, radio, in newspapers, on posters, in cinemas, on websites or social media – we should all be able to trust the ads we see, hear and interact with every day. Our experience tells us that the majority of ads by legitimate businesses do, in fact, stick to the advertising rules that we administer, which require that ads don’t mislead, harm or offend.

At its best advertising informs, entertains, promotes choice and helps drive competition and the UK economy. But we also know that people’s sentiments towards advertising can be negative. And, in turn, their trust low.

Of course, the number one way for the ad industry to gain trust is to be trustworthy.  And sticking to the advertising rules – making sure ads are legal, decent, honest and truthful - is a great way of doing that.  But there’s real value in promoting what the ASA does too, to drive awareness and promote confidence in our work.

So we ran an ASA ad campaign in Scotland between September 2020 and March 2021.  And coinciding with the Advertising Association’s (AA) Trust Summit taking place today, we’re revealing the impact that campaign had in raising awareness of the ASA, and the knock on effect that had on trust in us and our work and, by extension, trust in advertising more generally.

Developed in partnership with the AA’s Trust Working Group, with creative by The Leith Agency and media planning by MediaCom Edinburgh, our Scottish ad campaign featured fresh takes on famous straplines from big brands: Churchill, Marmite, IRN-BRU and Mastercard. It appeared in donated space across Scottish media so that we could measure its impact on awareness and trust among Scottish people versus the rest of the UK.

All of which tells us how important trust is – for the ASA, for advertisers and for people. And it demonstrates the effectiveness of our ad campaign in Scotland, something we’re now looking to rollout across the UK.

“From the delivery of an impactful, fun creative thanks to the talented team at Leith, famous brands allowing us to ‘borrow’ their iconic straplines, Medicom Edinburgh lending us their planning/buying expertise and media owners generously donating their space and airtime, our ad campaign has been a great success. Running it exclusively in Scotland has given us important insights into public attitudes, awareness and trust in the ASA, as well as the advertising industry more broadly, which we’ve been able to benchmark against the UK. Our pilot shows us that increasing awareness leads to increasing trust in the ASA, which leads to increasing trust in advertising. And it reminds the public of ads they love. We’re now looking forward to rolling the campaign out across the UK as we continue to reassure the public that advertising across media is regulated by the ASA, working hard to protect them from misleading, harmful or offensive ads, wherever they appear.”