Punch-out any issues with your video game advertising! 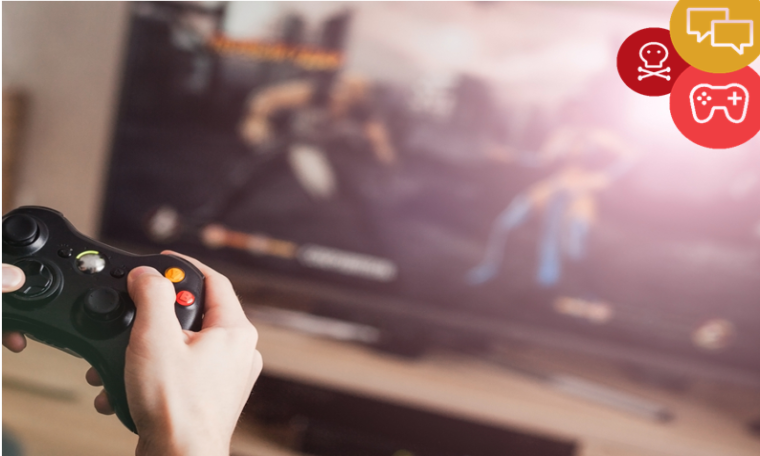 The world has come a long way since Pong and Asteroids - now we can even play (Ping) Pong in VR!  What’s remained constant is the need to market video games effectively and responsibly.  There are many rules that might come into play, from ensuring appropriate targeting to avoiding misleading gameplay imagery and as upheld ASA rulings mean an ad must no longer appear in the form complained of, there are no extra lives to rely on.

As a wise man once said “it’s dangerous to go alone, take this” – so take this advice to avoid the ASA calling ‘game over’ on your campaign.

Be careful where you put that

Complaints about violent or sexual content in ads for video games often arise when the ads appear in untargeted or poorly targeted media (such as posters or unrestricted internet sites).  Marketers should therefore be mindful of where ads will appear and note that posters, especially those outside or close to schools, might be considered particularly unsuitable for certain types of content.

In untargeted media marketers should be careful to ensure any imagery, even when reflective of the content of the game, is not excessively violent, sexual or graphic.  The absence of graphic violence meant that an image showing a man holding a gun in each hand with two people hanging upside down from a tree in the background, was considered unlikely to cause fear or distress to adults or children.  As a general rule when depicting weapons, marketers should avoid pointing them directly or aggressively at the audience.  Those types of images can often be seen as threatening and may be considered to cause unnecessary fear and distress.

In many cases, moderately violent or sexual content can be ‘saved’ by careful placement of the ad and the way in which it is targeted.  Age-restricting website content to over 18s and limiting its availability via specific channels will go a long way to ensuring that the content has been targeted responsibly.  Marketers should always use any tools available and take all reasonable steps to ensure ads are served to the right audience.

In some instances however, the level of violence shown will be unacceptable regardless of any targeting or link to content.  Complaints were upheld about a campaign for a video game that showed a crying woman, gagged and obviously the victim of violence.  The ads included the claim “Grittier and nastier in tone than anything you’ve seen before, the violence here is visceral, brutal and very, very real”.  Although the ads portrayed a relevant scene from the game, the content was considered socially irresponsible, offensive, distressing and guilty of condoning and glorifying violence.

Similarly, an online video ad featuring ‘live action’ scenes depicting a man studded with broken glass, a flayed corpse wrapped in barbed wire and a creature rising from a pool of blood was judged to be unacceptable as the images were excessively gory and likely to cause distress and offence even if it had only appeared to the audience they had set out to target (though it definitely didn’t help that the complainant saw the ad before a video concerning a Thomas the Tank Engine play set…).

On the flip side, don’t forget that some games also have the capacity to function as a media where ads can be placed, so care should be taken to target ads responsibly within them.  When placing an ad in a Solitaire game – one that’s likely to have a broad appeal to all ages including children – it’s usually a bad idea to include sexually explicit images of a prosthetic penis and a woman from the waist down wearing fishnet stockings and lingerie.

Also remember that there are specific targeting requirements for age restricted products such as alcohol, food, gambling and e-cigarettes, that apply equally to ads within videogames as they do in any other media.

Games can be frustrating if the difficulty setting is too high or you’re playing with your older sibling who’s just too good at Street Fighter II and knows all the special moves compared to your desperate button mashing.  But they’re particularly frustrating when they’re not what you were expecting.  Marketers should therefore ensure that any visuals act as an accurate representation of the game being advertised.

Two Facebook posts advertising mobile games included visuals of specific puzzle-solving sequences, however this was not representative of the overall game.  Including qualifications such as “Not all images represent actual gameplay” wasn’t considered sufficient, not least because users would play a significant amount of content which was different in style in order to access the limited amount of gameplay that was featured in the ads.

However, content and context are important and there may be some features and components of a game that are unlikely to affect a consumer’s decision to make a purchase.  There may also be other extenuating circumstances that will impact on visuals being replicated by players.  As such, considerations like this will always be ‘case-by-case’.

Need some cheat codes for your advertising?

For more on this read the strategy guide here.  And for bespoke advice, contact the Copy Advice game play counsellors.  All together now, up, up, down, down, left, right…