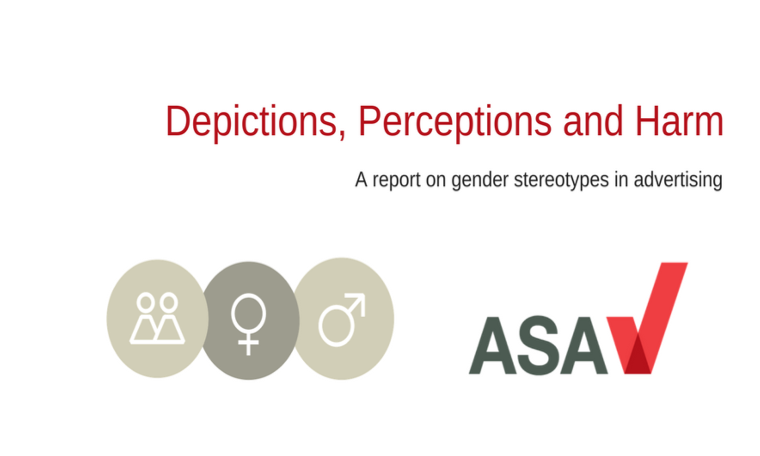 Our new report, Depictions, Perceptions and Harm published today provides an evidence-based case for stronger regulation of ads that feature stereotypical gender roles or characteristics which might be harmful to people, including ads which mock people for not conforming to gender stereotypes.

Responding to the evidence, our sister body, CAP – the authors of the UK Advertising Codes - will develop new standards on ads that feature stereotypical gender roles or characteristics.  We will then administer and enforce those standards.  CAP will also use the evidence in the report to clarify standards that reflect our existing position on ads that objectify or inappropriately sexualise people or suggest it is acceptable to be unhealthily-thin.

The announcement comes at the conclusion of a major review into gender stereotyping in ads, with evidence suggesting that harmful stereotypes can restrict the choices, aspirations and opportunities of children, young people and adults.  These stereotypes can be reinforced by some advertising, which plays a part in unequal gender outcomes, with costs for individuals, the economy and society.

The aim of the review has been to consider whether regulation is doing enough to address the potential for harm or offence arising from gender stereotypes in ads.  We have a track record of banning ads on grounds of objectification, inappropriate sexualisation and for suggesting it is desirable for young women to be unhealthily thin.  But we have ruled that ads that feature gender stereotypical roles or characters are unlikely to cause serious or widespread offence to their audience.

To test whether standards are in the right place, the review examined gender stereotyping across several spheres, including body image, objectification, sexualisation, gender characteristics and roles, and mocking people for not conforming to gender stereotypes.  To reach conclusions, evidence was gathered through a major independent research study by GfK – the findings of which are also published today - alongside a wide-ranging consultation of expert stakeholders.

The key findings are these:

•    The evidence shows support for the ASA’s track record of banning ads that objectify or inappropriately sexualize people, and ads which suggest that it’s acceptable for young women to be unhealthily thin

•    But a tougher line is needed on ads that feature stereotypical gender roles or characteristics which can potentially cause harm, including ads which mock people for not conforming to gender stereotypes

The report indicates that the latter should be considered on grounds of potential harm to the audience, banning those gender stereotypes that are most likely to reinforce assumptions that adversely limit how people see themselves and how others see them.

New standards are not intended to ban all forms of gender stereotypes.  For example, the evidence falls short of calling for a ban on ads depicting a woman cleaning or a man doing DIY tasks.  But, subject to context and content considerations, the evidence suggests the following types of depictions are likely to be problematic:

•    An ad that suggests a specific activity is inappropriate for boys because it is stereotypically associated with girls, or vice-versa

CAP will report publically on its progress before the end of 2017 and commits, as always, to delivering training and advice on the new standards in good time before they come into force in 2018.

“Portrayals which reinforce outdated and stereotypical views on gender roles in society can play their part in driving unfair outcomes for people.  While advertising is only one of many factors that contribute to unequal gender outcomes, tougher advertising standards can play an important role in tackling inequalities and improving outcomes for individuals, the economy and society as a whole."

“Our review shows that specific forms of gender stereotypes in ads can contribute to harm for adults and children.  Such portrayals can limit how people see themselves, how others see them, and limit the life decisions they take.  Tougher standards in the areas we’ve identified will address harms and ensure that modern society is better represented.”

the full report our summary report