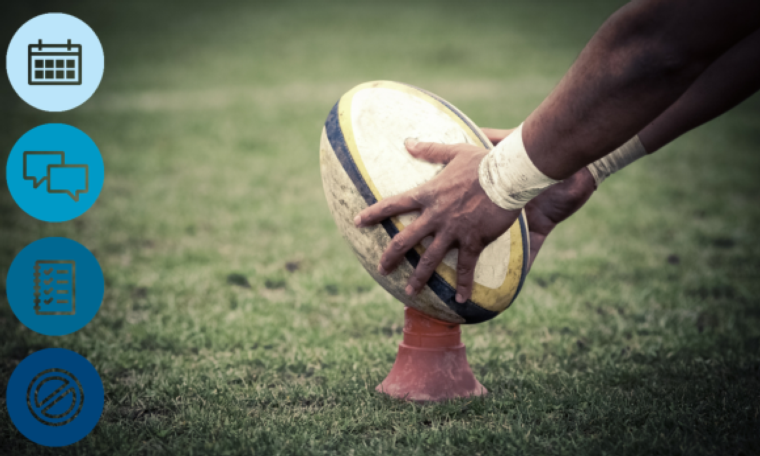 The Rugby World Cup kicks off in Japan on 20 September and, as with any major sporting event, many advertisers will be looking to tie in their campaigns with the event.  While some references might be acceptable, you must not mislead consumers by implying an official partnership, or other relationship, if none exists.  Here’s some advice to help you keep on the right side of the (touch-) line.

So, can your brand refer to the World Cup?  If you’re an official sponsor then the short answer is most likely “yes”.

If you are not an official sponsor or worldwide partner, then you must not mislead consumers by implying that you are officially linked to the tournament. It’s not just specific claims made in an ad that the ASA is likely to take into account, but the overall impression given, including any images used. Also, the ASA will rule based on the likely effect on consumers, not the marketer’s intentions.

Provided that there is no implication that there is an official link, general references to the World Cup or general messages of support for a team - which do not imply official sponsorship - are likely to be considered acceptable under the CAP Code.

There’s potentially a very fine line between appropriately referring to an event generally and misleadingly implying an affiliation. Including a reference to watching the rugby, including a generic image of rugby balls, or using sporting puns are unlikely to be problematic in isolation but make sure you take a step back to see what impression is being created by the copy overall.

A few years back the ASA looked at a complaint by a national sporting association against an ad for a beer brand which was not the official sponsor of the England rugby team and called on people to “support English rugby”. The ad did not mention a specific team or event and the advertiser was, in various guises, a financial supporter of English rugby in general. Ultimately, the ASA decided that the ad was not misleading (although it’s probably worth noting that the ad did not run in a rugby World Cup year).

To help you avoid a scrum with the ASA, the Copy Advice team offer bespoke advice on your own non-broadcast ads.