Sunbed advertising – How to avoid a regulatory burn 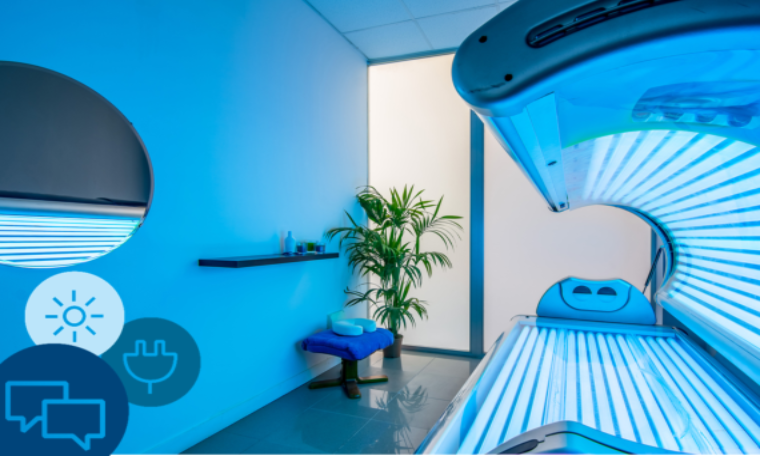 Despite the proliferation of cosmetic fake-tan products, sunbed products and UV tanning services continue to be very popular.  This article explores the types of claims that the ASA have previously found to be problematic and so should be avoided by marketers of sunbeds and tanning salons.  If you liberally apply our advice you should avoid getting badly burned by the ASA.

Many people may feel that their skin looks better with a healthy glow, but it is generally accepted that tanned skin from any form of UV exposure is itself a sign of skin damage.

Organisations such as the NHS and Cancer Research UK are clear that UV rays emitted from sunbeds increase the risk of developing skin cancer. Subsequently, any ads for sunbed products should tread very carefully to avoid producing ads which are not only misleading, but also irresponsible. Importantly, marketers should do nothing to dismiss or diminish the risk of skin cancer from sunbeds.

The ASA has previously ruled against marketers stating that there is no link between sunbed use and an increased risk of developing skin cancer. Indigo Sun and The Suntanz Company pointed towards studies and scientific research to support their claims - but the evidence was not considered to be sufficiently robust to support them.

The ASA has also investigated advertising claims by Basetan and The Tanning Shop about sunbed use increasing the amount of vitamin D in our bodies. Whilst it is generally accepted that exposure to sunlight is a good way to encourage the body to produce essential vitamin D, the NHS do not recommend the use of sunbeds for this purpose.

The advertisers in these cases were unable to demonstrate that sunbed use provided the same benefits as natural exposure to sunlight and both ads were subsequently found to be misleading. Additionally, because of the risks associated with sunbed use, the ads were also considered to be irresponsible for encouraging regular use.

Some marketers have also made claims about the specific health benefits of using sunbeds. Basetan claimed that sunbed use reduced the risk of diabetes, multiple sclerosis and depression – but the ASA ruled such claims were irresponsible because they discouraged essential medical treatment.  Jetsun Sunbeds suggested that sunbeds could potentially help with heart disease, Alzheimer’s and “all causes of mortality”, which the ASA ruled was misleading and irresponsible.

Hopefully this has given you some insight into where the ‘tan-lines’ are likely to be drawn when advertising sunbeds and tanning salons.  Need advice on your sunbed/tanning salon ads in non-broadcast media?  Our Copy Advice team are here to help.