The "Particular Appeal" of Animals 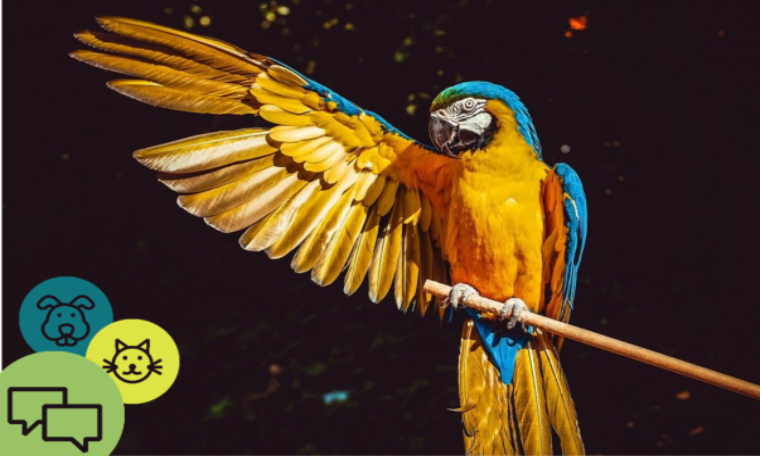 It is a truth universally acknowledged that we are a nation of animal lovers, and therefore it comes as no surprise that animals often feature in advertising. From canine marketing mascots to ocean waves made of horses, a menagerie of animals feature on TV, posters, online etc. – but sometimes, the appeal of the animal can end up breaching the Code.

Ads for age-restricted products, such as alcohol, e-cigarettes, and gambling, should not appeal particularly to children, and it’s hard to argue with the fact that, at least from a general perspective, children love animals. As such, and in celebration of National Pet Month, we thought we’d focus on depictions of animals used in age-restricted ads, both cartoon and “realistic” portrayals, to explore what is meant by “particular appeal”.

Before we turn to the ASA rulings, it’s important to remember that “particular appeal” is not always clear cut and “appeal” depends on the entire content and context of a particular ad. For example, a dog featured in an age-restricted ad is not inherently problematic – but there are numerous factors that might contribute to the specific execution being of “particular appeal” – is it a real dog? Is it a puppy? Is it cartoony? Does it look cute? What is it doing? What is the surrounding ad like? Any of these elements could tip an ad into problematic territory, and the determination of “appeal” is inherently subjective.

Taking a gamble with cartoon animals

"Particular appeal" means the content is likely to appeal more strongly to under-18s than to those aged 18 and over.  If the content is likely to appeal to both age groups equally, or more so to adults, then it is unlikely to be considered problematic. Marketers therefore need to take care with the imagery and wording used in ads for gambling products. Colourful and exaggerated cartoon-style graphics are likely to be considered to have particular appeal to under-18s, as are cartoon animals.

A complaint about a cartoon bee and pig appearing on a website selling charity scratch cards was upheld for appealing particularly to children.  With regards to the pig, who featured on a scratch card called ‘Piggy Payout’, the ASA considered that the name itself was likely to appeal particularly to children. Furthermore, as the pig was cartoon-like in nature, with a smile and a large belly, the ASA concluded that this only added to the appealing nature of the ad. Similarly, the bee, featured on a scratch card call ‘Queen Bee’, was also a cartoon, and had large eyelashes and exaggerated features. Furthermore, the character was wearing a crown and pictured next to a cartoon drawing of a castle. The ASA concluded that that both ads were cute and cartoony and likely to appeal particularly to children, and therefore were a breach of the Code. With regards to ‘Piggy Payout’, it’s interesting to note that the ASA thought that the name in and of itself was likely to appeal due to the use of the word “piggy”, a childlike word. It’s hard to say whether the ASA would have upheld on the name alone if the pig character hadn’t been present, but based on other rulings since, this is certainly a possibility.

A similar ruling against another gambling company considered a rather more mythical animal. The ASA looked at a number of different ads for slot games, including one called “Dragon’s Myth”, which depicted a dragon and a young girl. The ASA noted that the depiction of the dragon itself was in light coloured tones, and intricately drawn – that is, a drawing style less likely to appeal to children. However, the young girl next to the dragon, who had exaggerated features and her hair in pigtails, was wearing something that resembled a school uniform, and this was the element that the ASA considered tipped this particular ad into problematic territory. The ‘dragon’ element is interesting because, whilst the mythical creature features in lots of children’s media, it is also popular with adults. This is a classic example of a case where it could have gone either way, but the intricate, adult drawing style meant that this dragon was not considered particularly appealing to children. Unfortunately for the advertiser, the ad contained other child-appealing elements which tipped the balance towards and upheld ruling.

Raising a glass to our animal friends

Moving away from gambling to alcohol, we have another example in an ad for a frozen cocktail drink, which featured a parrot being frozen with the tagline “FREEZE A PARROT TODAY…” The advertiser argued that they had deliberately designed the character so that he did not talk, and had used a technical process to base the animal on a real-life parrot, meaning that he was realistic rather than ‘cartoony’. However, the ASA considered that the parrot was colourful and humorous - during the course of the ad he fell off a bar, was frozen and moved his eyes in a comical fashion. The ASA therefore concluded that the parrot and the slapstick humour concept of the ad would appeal to children. This shows that, whilst advertisers may be able to avoid the “cuteness” trap, this isn’t the only element that can lead to “appeal” to children.

Finally, some readers may remember the infamous Budweiser ads of the mid-90s, which featured three frogs named ‘Bud’, ‘Weis’ and ‘Er’. A throwback to this, featuring three frogs croaking “Bud”, “light” and “beer” promoting the arrival of Bud Light in the UK, was considered under the “particular appeal” rule. The advertiser made clear that nostalgia was a huge part of the appeal in this ad, and that nostalgia would naturally be gleaned from adults rather than children. They stated that the frogs were realistic and featured in their natural habitat with dark scenery and, therefore, they thought that the ad was unlikely to breach the Code. In this case, the ASA agreed – they considered that the croaks were realistic, and the dark colours and atmospheric setting was likely to appeal more to adults and the complaint was not upheld.

The idea of ‘nostalgia’ has been relatively popular for a while, and we often see advertisers wanting to utilise old cartoons/films/video games in advertising. Whilst in some cases, the idea of “retro” can be done right and only appeal to adults, it’s important to remember that lots of media appealed to children at the time it was made, however many years ago that was, and so may still hold some appeal today. As always, this will differ on a case-by-case basis and depend on the context.

And there we have it - parrots, pigs, frogs, bees and dragons, within a menagerie of rulings. “Particular appeal”, with or without animals, is often a tricky and nuanced subject that can be difficult to judge. Remember that the Copy Advice team is always here to help – just give us a buzz, or a squawk, or a growl, or an oink…