We think political advertising should be regulated 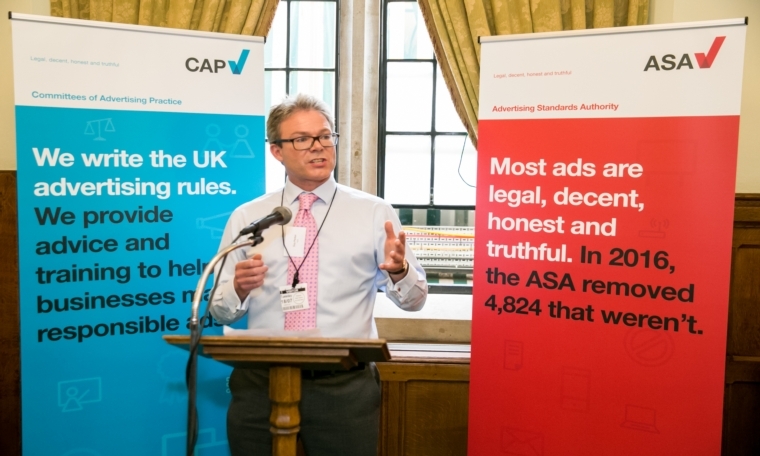 The current global health crisis is, rightly, front and centre of all current political, media and societal discourse. But rewind just a few short months and you’ll recall the UK general election, which played out against a backdrop of fraught debate about truth in political campaigns.

Why can political parties act with apparent impunity when making claims in ads and other election materials? Those concerns haven’t gone away. The Electoral Commission recently warned that misleading campaign techniques risk undermining trust in elections.

The clamour for claims in political advertising to be subject to independent regulation, just like ads by commercial and non-political organisations, has been loud. Some argue the health of our democracy depends on campaigners being made to back up their electioneering claims; why, they say, should ads for commercial products be held to greater account than ads that might move votes and win elections?

We at the ASA agree that claims in political advertising should be regulated. But while that’s straightforward in theory, it’s complex in practice.

Before addressing the difficult question of how, an essential first step must be that the political parties in the nations (and campaign groups, in the case of referendums) agree to be regulated. Otherwise what authority would any regulatory body have to intervene?

One of the strengths of the ASA system is the support and cooperation we receive from the overwhelming majority of UK companies, who abide by our decisions on responsible advertising. And one of the reasons why our system withdrew entirely from regulating political ads in the 1990s was the absence of sufficient support from political parties and our concern about restraining freedom of speech around democratic elections without a clear mandate to do so.

As well as legitimacy, an effective regulatory system must be properly funded, have a carefully defined scope and be independent.

Funding is crucial because of the likely high cost of swiftly regulating political advertising to take effective action before polling day. Unless drastic interventions like mandatory pre-vetting were in place, more complicated or contested claims would need careful investigation and judgement, even if they emerged near the end of an election or referendum campaign. The public would rightly feel short-changed if a significant ruling changed impressions only after the votes had been counted and the winner declared.

That careful investigation and judgment would need to happen quickly, while respecting well established principles of good regulation, including delivering proportionate, consistent, accountable, targeted and evidence-based decisions. Regulators are not the same as fact checking services. They are typically compelled to offer a reasonable right of response and are subject to judicial review if they get it wrong. Delivering high quality decisions speedily and diligently is expensive and difficult.

The architects of a political advertising regulatory system would need to consider carefully its scope. Given the important and necessary protections free political expression enjoys, they would be wise to consider establishing a narrow remit, regulating only clearly misleading statements of fact, avoiding being drawn into anything resembling a statement of opinion or forecast of the future, however contestable. (Of course, one person’s statement of fact is another’s statement of opinion, so even distinguishing between those can be difficult.) And they would be faced with the unenviable decision of whether also to narrow the remit solely to paid-for advertising, where media owners and platforms could more easily play a gatekeeper role. That might sacrifice comprehensiveness at the altar of expediency, but would the regulator really want to be drawn into – or be capable of – deciding what politicians can say on their Twitter feeds, websites or election leaflets?

Finally, if the parties and campaign groups did agree to independent regulation, they mustn’t take it out on the regulator if it’s their advertising, rather than their opponent’s, which is banned.

The danger of becoming a political football and the need for different skills and approaches, for example media/advertising/communications, legal, data, political judgement and constitutional, might make it worthwhile exploring a more collaborative model. Experts from several appropriate regulators could take on the task, perhaps just for the duration of election or referendum campaigns – this would combine their expertise and share the reputational risk.

There is no doubt that the above requirements are challenging. The ASA, as a non-statutory regulator funded primarily by advertisers, is not the right body to lead political advertising regulation, but we are ready to help: sharing our experience of regulating non-political ads and exploring how we might contribute in a more collaborative arrangement.

But precisely because this issue goes to the heart of our democracy, it needs to be the political parties and campaign groups who take the all-important first step: agree to be held to the same standard of truthfulness that society expects from companies.

This piece was originally published by The Guardian on Wednesday 3 June 2020.