Would you Adam and Eve it?! Nudity in advertising 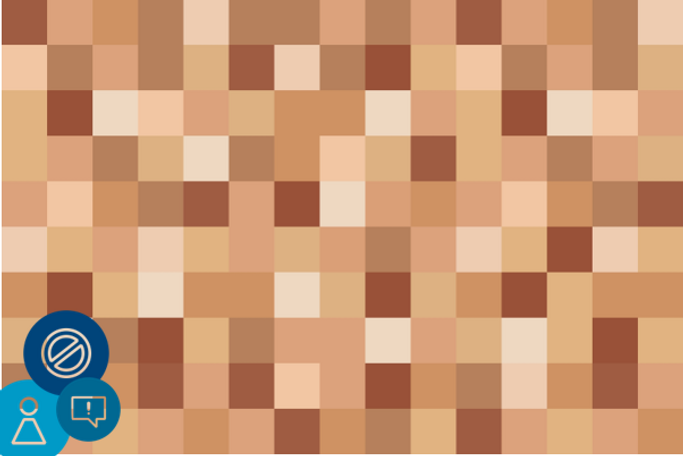 Head, shoulders, knees and toes. All are probably acceptable body parts to feature in ads. But what about nipples? Buttocks? Crotches? Are all these body parts, either nude or scantily clad, banned from ads? Is nudity always a bad idea in advertising?

In this Insight, we will take a deep dive into the three latest ASA rulings that mention nudity and look at how and why these three ads were considered problematic.

The first ruling is not about completely bare nudity, but rather a focus on nude body parts. This ad was a product listing on the Boohoo website for an oversized t-shirt and featured a model wearing the t-shirt styled with only bikini bottoms – one pose showed her kneeling with her buttocks showing, another showed her sitting with her legs spread and another showed her standing but lifting the shirt up to show her stomach.  The advertiser stated that the images were part of their swimwear category – they often combined a variety of products to show how garments could be worn in different ways.

The ASA considered that in one photo, the model’s buttocks and naked legs were prominent in the shot and were posed in a sexually suggestive way, and the same could be said for the shot of the model with her legs spread. In the third image, the model was lifting the t-shirt to expose her stomach/ribcage, and therefore the emphasis was on exposed skin rather than the product. Ultimately, the ASA decided that the partial nudity and bikini bottoms were irrelevant to the t-shirt, and this, along with the sexually suggestive poses, objectified and sexualised the woman.  You can read the full ruling here.

When stating that the nudity was irrelevant to the product, the ASA also noted this was not how the product would usually be worn (i.e., you wouldn’t generally wear a t-shirt with bikini bottoms). This obviously played a part in the ASA’s final decision, and it is interesting to imagine what outcome would have been if the model were wearing a full bikini set only or wearing trousers and t-shirt but still had her legs spread.

However, the ad could only be judged as it was, and the crux of the issue here was that the focus was not on the t-shirt, but rather the model’s unclothed body parts, such as her stomach, crotch, and buttocks.

The next ruling is for Re:Nourish soup. Their poster ad, which was black and white, included the caption “Re:Nourish #NOTHING TO HIDE” and featured a man lying on his side with his hand resting on his thigh.  His chin, mouth and ears were visible at the top of the ad, and a large, superimposed bottle of soup covered his genital region. The ad was challenged on the basis that the poster was offensive and irresponsible.

The advertiser defended their ad, stating that the phrase “nothing to hide” was intended to represent their brand standards, and they did not consider the nudity gratuitous nor overly sexualised; as such, the model was not degraded. However, the ASA once again considered the relevance of the product to the nudity portrayed. Furthermore, though the ASA accepted the pose was only mildly suggestive in nature, most of the man’s head was cropped out, which invited viewers to focus on his naked body. In addition, the claim “nothing to hide” in the context of being placed over the model’s genitals might also have been seen as sexually suggestive. With all elements considered, the ad was ruled to breach the Code, as it objectified the man by using his physical features to draw attention to an unrelated product. You can read the full ruling here.

We often see ads cropping model’s heads out. This is generally risky, because even though some advertisers might think they are drawing more attention to their product, you risk reducing the person modelling the product to an object themselves. We would always recommend advertisers review their ads to see if any element of it could be seen to be degrading to the person featured. This doesn’t just refer to nakedness or body parts, but also elements like pose and even facial expressions, all of which might tip an ad into problematic territory.

And lastly, the headline-hitting Adidas ruling, which was released last month. This ruling was about a poster and a tweet which featured a grid format, and inside each square were cropped images of different pairs of female breasts. The tweet stated “We believe women’s breasts in all shapes and sizes deserve support and comfort. Which is why our new sports bra range contains 43 styles, so everyone can find the right fit for them. Explore the new Adidas sports bra collection at LINK. #SupportIsEverything”. The complaints ranged from sexualisation and objectification to targeting, with some complainants stating that the ad was placed where it could be seen by children. Adidas stated in their response that the campaign was intended to celebrate diversity within women’s bodies and demonstrate why tailored support bras were important.

Whilst the ASA acknowledged this point and considered that the ads did not objectify nor sexualise the breasts, they stated that the naked breasts were likely to be seen as sexually explicit. Furthermore, there was less emphasis on the product for sale (bras) and more emphasis on the breasts themselves. As the ads were, therefore, unsuitable for untargeted media, the complaint was upheld. You can read the full ruling here.

This ruling is interesting because the advertiser chose to use nakedness that was genuinely relevant to the product and seemed well-intentioned in their desire to represent the differences of women. However, the focus of the entire ad was on breasts in complete isolation, not the product. It’s important to note that unlike the Re:Nourish ad above, the ASA did not think the body parts here were objectified despite the fact that the images were cropped and the rest of the models’ faces and bodies were not visible – something that in other ads might have been considered dehumanising. This specifically shows us the power of context and intent, and in this element of the investigation, the advertisers found the right side of the line. However, this did not prevent the ad from being seen to be sexually explicit and unsuitable for an untargeted medium. There certainly seems like there is a wider discussion to be had in terms of the acceptability of male nipples/breasts vs. female nipples/breasts, but at this point in time and in our current society, this ad was ultimately considered to be unsuitable for all audiences.

So, with three ‘upheld’ rulings laid bare before us, does that mean that nakedness is always problematic in advertising? Well, no - it’s certainly risky (because nudity will always generate complaints from the public) but as demonstrated above, nudity is nuanced - if the nudity is (for example) non-gratuitous, tasteful, and relevant, and placed in front of the right audience, then an ad could be fine. As always, it will come down to the context and final execution of the ad.

Some might find our guidance on nudity helpful, but if you’re still in doubt, the Copy Advice team would be happy to offer a view on likely acceptability.