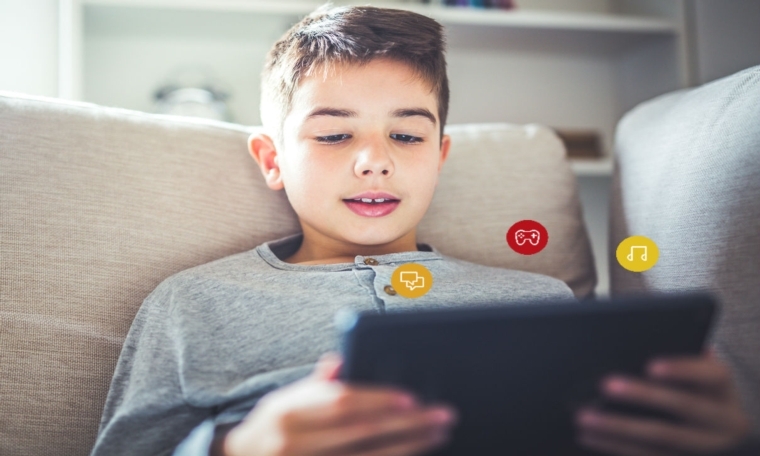 Today, CAP has published new guidance to marketers with the aim of ensuring that younger children can recognise when they are being marketed to in certain online environments.

The guidance, Recognition of advertising: online marketing to children under 12, responds to evidence on younger children’s level of critical understanding.  It requires online ads directed at under 12s, the content of which is significantly integrated with other non-advertising content, to clarify up-front the identity and commercial intent of the marketer, if it is not otherwise clear from the context. This may include certain paid vlogs, advergames and product placements.

The new guidance will come into effect on 1 June 2017.

Director of CAP, Shahriar Coupal, has more on the guidance and its development.

Protecting children in the online world

Together with the opportunities and benefits it presents, the Internet has also brought new regulatory challenges. CAP is committed to ensuring that long standing protections for consumers and children in particular, extend to and apply in online environments.  By doing so, CAP strives to ensure that all advertising is responsible and benefits people, business and society in general.

CAP recently announced new rules on the advertising of food and soft drink products high in fat, salt or sugar to children, in part to address shifts in children’s media usage and their exposure to advertising in online environments.

This new CAP guidance on recognition is the latest example of CAP’s commitment to maintaining high levels of protection for children.

Everyone should be able to recognise when they are being marketed to.  Ads that fail to disclose their commercial intent in a clear and timely fashion have the potential to disadvantage people and damage trust in advertising.  That’s why CAP and the ASA require that all ‘marketing communications must be obviously identifiable as such’.

This is particularly important for children who are still developing their understanding of the wider world around them. The evidence indicates that younger children may lack the critical assessment skills to identify certain types of online ads.  CAP has therefore decided to act.

When does the guidance apply?

The evidence strongly indicates that online ads that look like, or otherwise blend into, the surrounding content e.g. through use of images, characters, themes etc., may frustrate children’s ability to recognise them.  This is particularly the case for ads featured in highly immersive online media; in other words, where the child is immersed in prolonged game play or some other form of narrative that blends advertising with the surrounding content.

Examples of where the guidance is likely to apply to online ads targeted at under-12s, include but are not limited to:

What does the guidance require?

The guidance is not intended to mandate narrow or one-size-fits-all approaches. Online environments are diverse and dynamic; marketers and media owners may use a range of innovative solutions to ensure that younger children recognise they are being marketed to.

What the evidence tells us

The evidence shows that:

CAP has worked with advertisers, online media owners and other online practitioners to develop a response to the findings from the evidence base. A key consideration has been the need to target intervention where it is needed and avoid disproportionate or unintended consequences; for instance, provisions that might have an adverse effect on the viability of children’s content.

The guidance will come into effect on 1 June this year. There will be a transitional period of 6 months where the ASA will give marketers the opportunity to resolve any complaints received informally on the basis of their agreement to change their ads. This balances early and effective implementation with a proportionate approach to helping advertisers come into line with the guidance.

CAP will also be supporting the industry in making the necessary changes to their online marketing communications through its Copy Advice service.

Shahriar Coupal is responsible for ensuring the proper running of the CAP and BCAP Committees and directing the self-regulatory system’s monitoring, compliance, regulatory policy and copy advice functions.

Shahriar played a central role co-ordinating the first major review of the UK Advertising Codes and subsequent public consultation and is also a Director of the Advertising Standards Authority (ASA). He joined the ASA from Ofcom in 2005 when the ASA took on responsibility for regulating broadcast advertising. Read more