Being roundabout when advertising hybrid and electric vehicles can fuel complaints 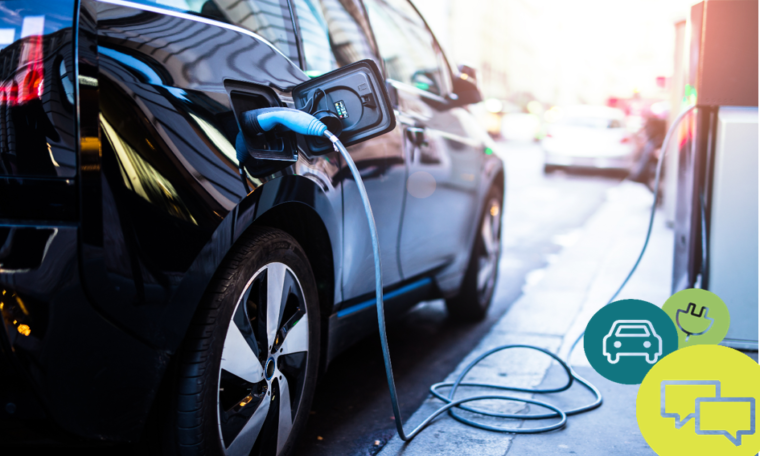 With the sale of electric vehicles (EVs) and hybrids set to accelerate, the messaging in their advertising is increasingly important to consumers.  With electrified powertrains appearing in a number of different types of vehicle, clarity is key in ensuring consumers are not misled.

Here are some key thing to bear in mind when advertising such vehicles.

Be clear about the type of vehicle being advertised

There are various different types of EV and hybrid vehicles.  A non-exhaustive list includes:

In light of this variety, a vehicle’s source(s) of power should be made clear.  An HEV’s principle source of power is a fuel combustion engine and the ASA has previously accepted claims such as “self-charging hybrid” for an HEV on the basis that it was clear in the context in which the claim appeared that the source of the batteries’ power was derived from the fuel combustion engine.

Nevertheless, advertisers must take care not to imply that a vehicle uses plug-in or other sources of power, either wholly or partly, when it does not.  As consumer understanding of these vehicles is still developing, clarity is key.

Comparisons with other vehicles

The basis of comparisons must always be made clear (and if made with identifiable competitors should also be verifiable).

A claim such as “compared to other electric cars” could potentially be considered problematic, for instance when comparing EVs with range extenders (E-REVs).  Consumers may be interested to know that an E-REV has a further range, but the ASA is likely to expect it to be made clear that this benefit is due to the vehicle having an internal combustion engine, which a pure EV does not have.

Describing models in a range

Advertisers should also ensure a distinction is made between models within a range that have different specifications; the ASA upheld a complaint about an ad that described a range of vehicles as having “zero emissions” on the basis that it did not make clear that the range included an E-REV version, which had an internal combustion engine to top up the batteries, and this would not qualify as producing “zero emissions” while driving.

Ads that make broader claims concerning environmental benefit often generate complaints.  Generally speaking, claims such as “no/zero emissions” are likely to be broadly acceptable for EVs with no petrol or diesel engine, provided it is made clear that this applies only while driving and the ad avoids suggesting that no emissions result from powering the vehicle.  Unless a broader claim can be sufficiently substantiated, ads should not give the impression that “no/zero emissions” refers to anything other than while the vehicle is being driven.

In terms of more general environmental claims, an ad which claimed “[help] give back to the environment” was judged to break the rules when the ASA concluded that this would be understood to mean that owning and driving the car had a net benefit on the environment taking into account its full life cycle, rather than simply that its emissions levels were comparatively low.

Some ads have been considered problematic by the ASA for not making clear the basis for fuel consumption or ‘miles per gallon (MPG)’ calculations.

Complaints were upheld about an ad that contained MPG figures but did not make clear that the car was a PHEV which had been fully charged before testing, which would have had a favourable impact on the MPG figures.  Because public knowledge of EVs and hybrids was considered to be moderate, the ASA concluded that consumers were not necessarily likely to understand that the figures were only possible because the vehicle’s petrol engine was supplemented by plug-in power.  Additional information about the consumption of electricity from the plug-in source in tandem with the MPG figures would likely have provided more clarity for consumers.

For more on this topic generally, see here.

Emissions reduction claims in the context of UK mains electricity

If making claims about emission reductions for an EV or hybrid that plugs in, advertisers should ensure that calculations are based on the electricity mix of the UK mains grid and clarify the method of calculation to ensure that the figures are representative of what the general consumer would be able to achieve when using the vehicle.

Calculations made for territories other than the UK may produce different degrees of emissions.  For example a country with a greater proportion of electricity generated by nuclear power will produce fewer carbon emissions than an equivalent amounts of electricity generated in a country using coal fired power stations, so figures may need to be recalculated for the UK market.

For further guidance, take a look at our AdviceOnline entries on Motoring: Electric vehicles and Environmental claims: Motoring.  And, if your own non-broadcast ad for an EV or hybrid is driving you round the bend in terms of the CAP Code, the Copy Advice team would be happy to help with some bespoke advice.