E-cigarettes and the CAP Code: Avoid your campaign going up in smoke 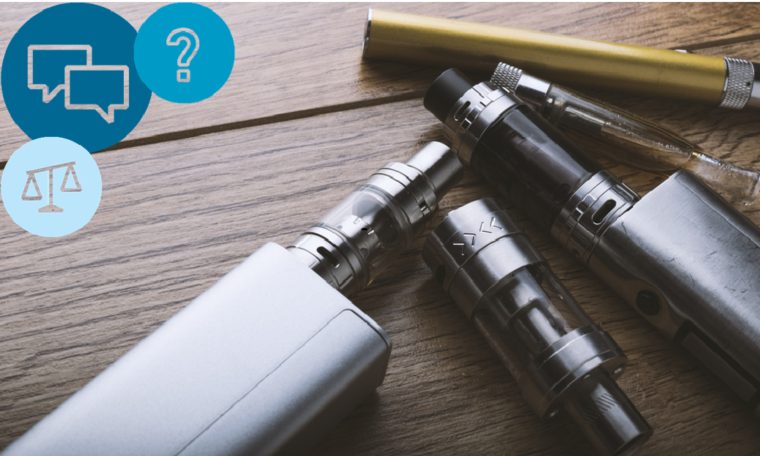 If you’re a marketer of e-cigarettes, you’re probably aware that there are many ‘do’s’ and ‘don’ts’ when it comes to advertising your products, but creating compliant advertising doesn’t have to be a drag.  Read on for a quick roundup of what to do and what to avoid when advertising e-cigarettes.

You’ll need to ensure your ads are socially responsible (rule 22.1) and don’t encourage non-smokers or non-nicotine users to use e-cigarettes (rule 22.8).  Implying someone stopped smoking and subsequently started using e-cigarettes as a non-smoker, for example, is likely to be problematic.

Don’t target children, feature under 25s or include content which is likely to appeal to children particularly

As with all age-restricted products, there are strict rules around the advertising of e-cigarettes, to protect children and young persons, both in terms of the content of ads and their placement.

It’s therefore important to avoid anything likely to reflect or be associated with youth culture, any characters likely to be of particular appeal to under 18s and anyone behaving in an adolescent or juvenile manner (rule 22.9).  You’ll also need to ensure you don’t feature anyone who is, or appears to be, under the age of 25 (rule 22.10) and ensure ads are targeted responsibly (rule 22.11).  For detailed guidance on the issues concerning children and young people, see here.

Given that the advertising of tobacco products to the public is prohibited (rule 21.1) it shouldn’t come as a surprise that while the advertising of e-cigarettes is permitted, ads mustn’t promote any design, imagery or logo that might be associated with a tobacco brand (rule 22.2).

Ads for e-cigarettes are prohibited from featuring medicinal claims, unless the product in question is authorised for those purposes by the Medicines and Healthcare products Regulatory Agency (rule 22.5).

While marketers of e-cigarettes are often keen to make smoking cessation or reduction claims, these are medicinal claims, so any claim that states or implies an e-cigarette is capable of helping people quit or reduce the amount they smoke, is likely to be problematic unless the product is authorised to make that claim by the MHRA.

For detailed guidance on making medicinal claims in ads for e-cigarettes, see here.

Claims that state or imply that a product provides any kind of health benefit, whether specific or relating to overall good health or health-related well-being, are likely to be considered health claims.

While there isn’t an outright prohibition on health claims in ads for e-cigarettes, there are significant limitations on when they can be made.  Also, certain types of health claims are unlikely to be capable of substantiation and as such, should be avoided altogether.  If you’re thinking about making a health claim in your e-cigarette ad, see here for detailed guidance.

Even if a marketer holds sufficient evidence to make a health claim, they must avoid featuring endorsements by health professionals, which are prohibited by rule 22.6.

If you’re advertising a product that contains nicotine, the ad must make this clear (rule 22.7).  This is also likely to be required where a range of products is being advertised, if some of those products contain nicotine.

Don’t mislead about where products may be used

While the use of e-cigarettes in public spaces is not prohibited by law, policy on their use varies and as such, claims that e-cigarettes may be used anywhere are unlikely to be considered acceptable.

Be aware of media restrictions

Under rule 22.12, nicotine-containing e-cigarettes and their components are prohibited from being advertised in certain media, unless they are licensed as medicines.  As such, if you’re thinking of promoting e-cigarettes in newspapers, magazines, periodicals, online media or other electronic media, have a read of our detailed guidance first.

For further online guidance on the advertising of e-cigarettes, see here.  If you’d like further advice on proposed non-broadcast advertising, you can contact the Copy Advice team for bespoke advice.