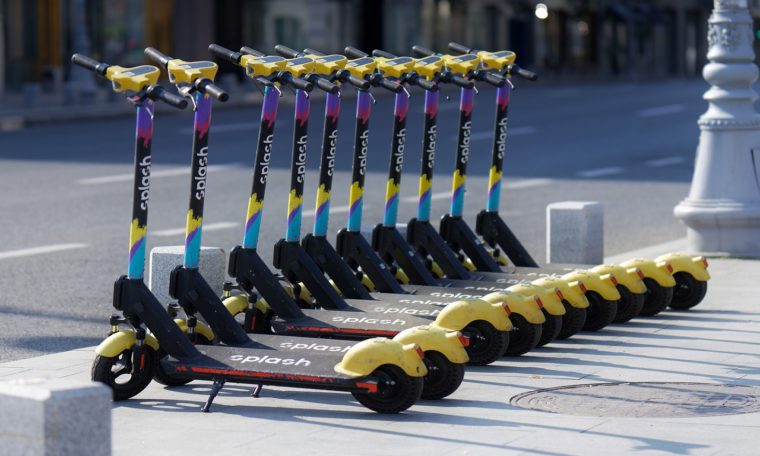 If you got an electric scooter for Christmas, it is probably one of your few presents which ran the risk of being seized by the police on your first ride. While legal to buy, it is illegal to ride privately-owned e-scooters in public spaces, and ads should not suggest otherwise.

Although there are limited exceptions that relate to scooters rented though certain government trials, the use of electric scooters on public roads or pavements outside these conditions is illegal in the UK.

What has the ASA ruled?

The ASA has taken a firm line on ads that state or imply, in text or images, that electric scooters can be used in public spaces such as pavements, roads, cycle paths or parks.

A TV ad that showed people riding e-scooters in front of animated backgrounds, including a pavement and other urban and park environments, was ruled irresponsible under the BCAP Code. Despite a disclaimer, the ASA ruled that the imagery in the ad, though abstract and cartoonish, suggested parks and urban settings.

Similarly, the ASA ruled that ads on social media and a website which showed pictures and video of e-scooters being used on pavements, roads and parks were misleading and irresponsible.

What should I do?

Avoid images in your ads which give the impression that e-scooters can be used in public spaces. This includes animated images, as well as realistic photos and video. For example, you may wish to show your product against a clear background rather than a public backdrop.

Similarly, claims which state or imply that e-scooters can be used to get around town, or commute, for example, are likely to be a problem.

We would strongly advise ads for privately-owned e-scooters to include a prominent statement that they are only permitted on private land and cannot be used on public roads or pavements in the UK.

The ASA has been consistent, however, that such a disclaimer is not sufficient to override an impression elsewhere in the ad that the product can be used in public spaces. In short, although you should include such a statement, you must also ensure that this is not contradicted by the text and imagery in the ad as a whole.

The Compliance team is actively monitoring ads which breach the ASA rulings and taking enforcement action. If you would like advice about a specific ad, CAP has a range of services to help you keep to the rules, including free bespoke Copy Advice, so please take a look on our website.