Staying out for the summer – sun safety and the Ad Code 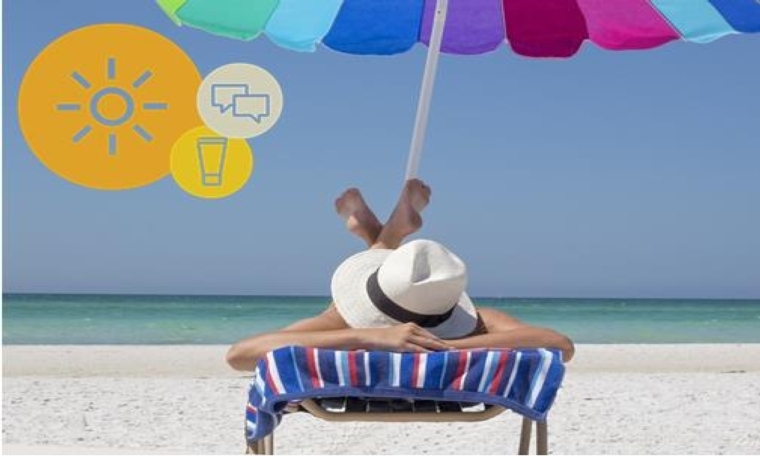 Getting out and about to enjoy the sun is a great idea provided you do so safely, but marketers often find themselves getting burned by the ASA if they start making ‘dodgy’* claims about all things sun-related.

When it comes to suncreams, CAP Code rule 12.22.1 allows ads for cosmetics that protect against environmental factors (like the sun) to make claims that refer to, amongst other things, delaying premature ageing. So a cream that includes a minimum SPF15 and the equivalent UVA protection can temporarily protect the skin from the sun and therefore reasonably make claims to delay premature skin ageing.

But marketers must be careful to ensure that they don’t claim that a cream protects the skin from the sun if it does not contain a sunscreen of adequate strength. The ASA is likely to view this as misleading and irresponsible - for obvious reasons.

Take care not to encourage consumers to go to any length to obtain that bronze glow. A “TANUARY SALE” from Virgin Holidays and an “EARN WITH YOUR BURN” promotion from Dealchecker both received scorching upheld rulings from the ASA.  In the Virgin Holidays case, even though safety messages such as “please tan responsibly” were included, because they were not given sufficient prominence over the headline claims “Got a tan line pic? Show us your white bits and you could win 4 weeks of holiday” the ad broke the rules. The Dealchecker competition, which encouraged recipients to send in pictures of their sunburns to enter for a chance of winning a holiday, was also seen by the ASA as trivialising sunburn and therefore judged to be irresponsible.

Along similar (tan) lines, but with a different outcome, an ad which appeared to encourage “tan envy” amongst friends, comparing those who tanned easily with those who didn’t, was considered acceptable as it merely reflected that many consumers liked to tan. And, because the product claimed to offer some protection from the harmful effects of the sun while assisting the tanning process, the ad was not seen as encouraging behaviour that was harmful to health and did not breach the Code.

As sunbeds give out UV rays, they need to be used with no small amount of caution. The ASA has previously looked at cases of marketers saying that there is no link between sunbed use and the risk of developing skin cancer. Indigo Sun and The Suntanz Company sought to rely on studies and scientific research but the evidence didn’t stack up because it wasn’t sufficiently robust in demonstrating the lack of any such link.  Most importantly, they ignored official advice from organisations such as NHS and Cancer Research UK that UV rays emitted from sunbeds increases the risk of developing skin cancer, both malignant melanoma and non-melanoma.

It’s also important not to oversell the benefits of Vitamin D from sunbeds. Yes, the sunshine vitamin is good for us, but making health and disease protection claims such as that increased vitamin D from UV light can “improve bone structure, reduce risk of heart diseases and cure skin disorders” without holding robust evidence or the necessary medical certification for the device, is unlikely to go down well with the ASA.  Marketers should also avoid encouraging people to use sunbeds as a way to increase vitamin D levels, while getting a tan at the same time. This is likely to bring grey stormy weather conditions from the ASA, as it did in the case of The Tanning Shop.

Finally what do tomatoes have to do with the sun? Chemist Direct claimed on their website that lycopene, found in tomatoes, was beneficial for sufferers of sunburn and therefore considered by the ASA to imply there was a relationship between a food and health.  Because no evidence was presented that the claims were authorised by the European Commission, they broke the rules in Section 15 of CAP Code.

So, whether advertisers are walking on sunshine, reminiscing about the summer of ’69 or staying out for the summer, it doesn’t have to be ‘dodgy’ as long as you abide by the Code rules.  Need advice on your sun-related non-broadcast ads?  Our Copy Advice team are here to help.