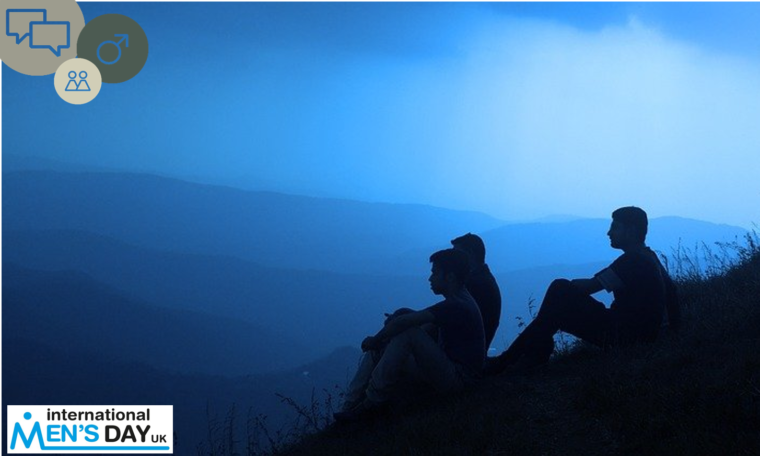 International Men’s Day (19 November) seeks to promote a conversation about masculinity in order to make a positive difference to the wellbeing and lives of men and boys.

The ASA has always taken a firm line on harmful or offensive sexism, objectification and irresponsible depictions of body image in advertising. And clearly, the potential for harm and offence to arise from gender stereotypes doesn’t just apply to women.

Indeed, there are many issues that affect men and boys and advertisers must be careful to avoid making negative generalisations about them. In this spirit, read on for three key pieces of advice to help you ensure that your advertising portrays men in a way which aligns with the ASA’s current position.

Since 2019, advertisers have had to ensure that their ads do not include gender stereotypes that are likely to cause harm, or serious or widespread offence (CAP Code rule 4.9 and BCAP Code rule 4.14).

For instance, advertisers should avoid placing undue emphasis on the contrast between what might be considered to be a boy’s stereotypical personality (e.g. daring) and a girl’s (e.g. caring). Similarly, advertisers must take care not to apparently belittle a man for carrying out stereotypically ‘female’ roles or tasks.

Ultimately, marketers should take care to avoid making negative generalisations about men or boys; the ASA has previously ruled that a TV ad, where two babies were shown on a restaurant conveyor belt while their hapless and distracted fathers chose their lunch, perpetuated a harmful stereotype because it suggested that men were incapable of caring for children (a role which is stereotypically attributed to women). What’s more, advertisers shouldn’t assume that using humour or innuendo will mitigate the potential for harm; even if an ad is intended to be light hearted, framing problematic depictions as ‘banter’ is likely to fall foul of the rules.

Take care not to sexualise or objectify men

Some marketers might think sex sells, but they should to take care not to depict men in a sexual way that might cause offence or in a way that effectively reduces them to physical and/or sexual objects. Ads should avoid gratuitous nudity and sexualised imagery, particularly where this is irrelevant to the product or service advertised.

In 2018, the ASA upheld a complaint about an ad for an estate agency which pictured a man’s naked torso and stated “WOW, WHAT A PACKAGE”, with further text covering his crotch. The ASA Council concluded that the ad was likely to have the effect of objectifying the man by using his physical features to draw attention to an unrelated product.

Similarly, an insurance ad in 2011 broke the rules when it showed three men in revealing underwear alongside the strapline "Can't see the wood for the trees".  Not only was the level of nudity irrelevant to the product advertised, the accompanying strapline was seen as an obvious reference to male genitalia which drew readers' attention to the men's groins.  These factors led the ASA to find the ad problematic on offence grounds.

Marketers are best advised to avoid using imagery that focuses only on particular body parts as this could be seen as reducing people to those parts alone - particularly if the person’s face is absent or obscured.

Be sensitive towards mental health

Suicide is often cited as the leading cause of death among men under the age of 45. Male suicide rates are sadly increasing; the suicide rate for men in England and Wales in 2019 was the highest for two decades. As such, advertisers have a responsibility to make sure their ads don’t have an adverse impact on those affected by mental health issues or on society more generally.

In 2016, the ASA upheld a complaint about a banner ad for an online betting company, which stated “SAVE YOURSELF” alongside a silhouette of a man hanging from a rope by his neck.  The ASA Council ruled that the ad was socially irresponsible and likely to cause serious offence, in particular to those affected by suicide, mental health conditions or gambling problems.

It’s also worth noting that imagery can sometimes be ambiguous, so marketers should consider it in the context of the ad as a whole. In 2019 the ASA upheld a complaint about a social media post for a life insurance company, which featured an image of a man leaning the front of his head against a wall with his arms by his side with text which stated “Life insurance to die for”.  Although the ad did not make a direct reference to mental health or suicide, the ASA considered that the image created the impression that he felt isolated and was in despair. In the context of an ad for life insurance, they considered those who saw the ad were likely to associate the man’s posture as alluding to suicidal feelings. The ASA Council concluded that by trivialising the issue of suicide and alluding to it to promote life insurance, the ad was likely to cause serious offence to some people.

Although complaints about male gender stereotypes are perhaps less common in advertising than their female equivalent, marketers should nonetheless familiarise themselves with our guidance on harmful gender stereotypes.

For bespoke advice on non-broadcast ads, the Copy Advice team is always here to help.