As it’s Easter, lettuce take a look at some bunny rulings 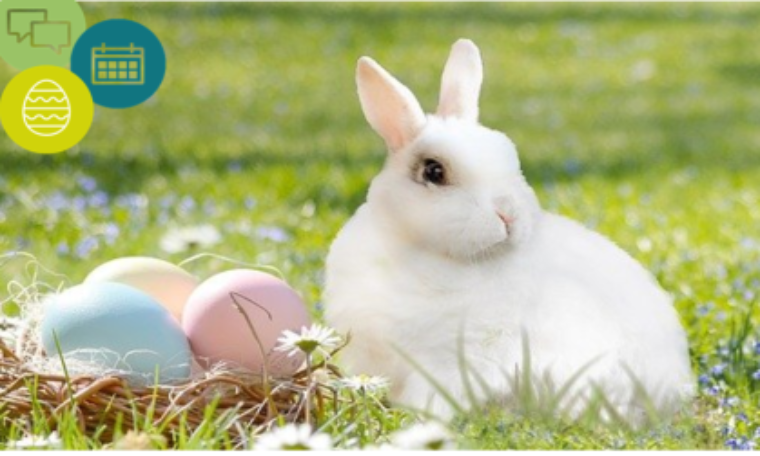 Easter is just around the corner and soon ads will be full of pastel colours, daffodils and chocolate eggs. Often at Easter time we discuss religion and offence – but for a bit of added variety this year we thought we’d focus some advice on the quintessential Easter animal – the rabbit!

As far as we can establish, the character of the Easter Bunny dates back to at least the 17th century, and was originally part of Germanic folklore. Historically, the character would decide whether children had been good or bad, with rewards (eggs) for good behaviour. As strange as it may seem, rabbits have made more than a few appearances in ASA rulings, three of which we will examine below.

The first ruling stays on an Easter theme, and features Jesus dressed as the Easter bunny. The ad, for Marston’s cider, also featured chocolate eggs in a basket and the caption “Easter is on it’s [sic] way #easter #beer #tellitlikeitis”.

The complainant believed that depicting Jesus in this costume trivialised Christianity, and therefore found the ad offensive. The advertiser argued that quite the opposite was true – they wanted to highlight the commercialisation of Easter, and their message was in fact pro-Christianity.

In this case, the ASA concluded that, while some might find the depiction distasteful, the ad was unlikely to be interpreted as derogatory or mocking, and therefore not a breach of the Code.

It’s important to remember that, whilst the ASA will take a marketer’s intentions into consideration, ultimately they rule based on the content of the ad. If you intend your marketing to put across a message, it’s worth considering the ad from different perspectives – is the message clear, or ambiguous? Ambiguity does not necessarily mean the ad is a breach of the Code – but it could lead to the ad becoming offensive or misleading.

You can read more about religion in ads here.

The next case is about a completely different sector but features both rabbits and chocolate. Our Food rules state (amongst other things) that ads for products that are considered high in fat, salt or sugar (HFSS) should not be directed at children (under 16) and/or placed in a medium where more than 25% of the audience is children - nor should licenced characters popular with children appear in ads directed at pre-school/primary school children through their content.

The ad in this case concerned a joint Cadbury’s and Peter Rabbit promotion featured on a promotional website, and depicted an image of Peter Rabbit with text saying that a family holiday and other prizes could be won with promotional Cadbury packs.

The complainant challenged whether an ad for an HFSS product (in this case, chocolate) was directed at children through the medium or context, and whether the ad used a licenced character popular with children in breach of the Code.

The ASA considered that the webpage used language aimed at adults, and contained lots of information about the competition and the prizes and concluded that the webpage was therefore not directed at children through presentation. The ASA then reviewed whether the audience was likely to be comprised of more than 25% under-16s – the webpage was age-gated, and the ASA concluded it was more likely that adults would visit the webpage to enter the competition on children’s behalf. In this context, they considered it unlikely that over 25% of the visitors would be under 16.

When determining whether the popular children’s character, Peter Rabbit, had been used in an ad directed at children under 12, the ASA again considered the adult-orientated wording and presentation of the website, and ultimately decided that it was not in breach of the Code.

However, it’s always worth bearing in mind that ‘appeal to children’ can be a tricky area, and marketers of age-restricted products are advised to think carefully about the characters/colours/fonts they use in their advertising.

You can read more on advertising in relation to children here.

Last but not least, we have a ruling that includes a less child-friendly rabbit – the Playboy Bunny. In 2020, clothing brand Missguided launched a collaboration with Playboy, and the infamous Playboy bunny branding was front and centre within the ads. The posters themselves featured a single model in a variety of shots, wearing a Playboy branded tie-dye crop hoodie, matching joggers and a long coat.

The ASA considered that, whilst the model was youthful in appearance, she did not look under 18, nor did the ads present her in a sexual way. Ultimately, as there were no sexual connotations within the ad itself, aside from the association with Playboy, the complaints were not upheld because nothing in the ad suggested sexualisation or objectification.

You can read more about sexualisation in ads here.

And there we have it – three different bunnies, three different ads, one perhaps slightly tenuous link. We can’t say for sure whether any of these bunnies will be visiting your homes this Easter but we hope you have a lovely break, and remember – don’t get grey hares worrying about your advertising – the Copy Advice team is always here to help.