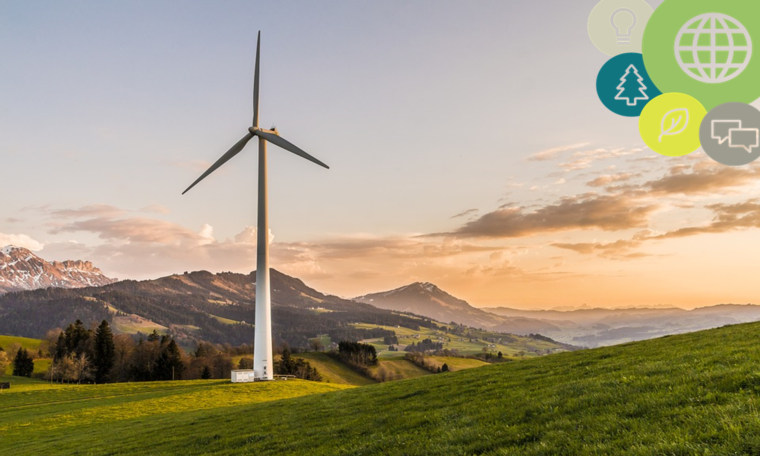 Today, CAP and BCAP are publishing guidance to assist with interpreting CAP and BCAP’s rules that concern environment-related advertising issues. These rules broadly relate to misleading environmental claims and social responsibility. The guidance includes a general overview of the principles that underpin the rules, which have been applied over decades by the ASA through rulings. This guidance sets out the existing principles of the ASA system’s regulation of environmental claims.

The increased urgency for businesses and other stakeholders playing their part in tackling climate change and other environmental harms is reflected in domestic and international legislation on climate change, such as net zero targets included in the Climate Change Act 2008 (and subsequent secondary legislation) and a target to limit global temperature rise in the Paris Agreement. Details of those targets and the wider context that frames this guidance can be found here.

To support emissions reductions at a global level, The Climate Change Committee (the CCC, an executive non-departmental public body, sponsored by the Department for Business, Energy and Industrial Strategy) advises action on “consumption emissions” (broadly speaking, emissions caused during the production of goods and services consumed in the UK, irrespective of where in the world those emissions occurred). The Behaviour change, public engagement and Net Zero report for the CCC states that:
“behaviour change has played little or no part in reductions so far” and that “The UK is not on course to meet the legally binding fourth and fifth carbon budgets and rising to the challenge of Net Zero will require major progress in all sectors and for behaviour change to play a much greater role…”.

Given the role that advertising can play in influencing consumer behaviour, this policy-making context is important to the regulation of environment-related advertising issues by CAP, BCAP and the ASA (together “the ASA system). It sets the broad context for the areas of concern in which the ASA will, in future, be minded to take a stricter interpretation under the CAP and BCAP Codes, where evidence exists of misleading or socially irresponsible advertising that concerns the environment.

The ASA system’s review of other ad regulators’ rules, and current and planned legislation found that CAP and BCAP have sufficient and comprehensive rules already in place to tackle misleading and socially irresponsible ads relating to the environment. However, the broad context outlined above indicates that businesses will need to take more account of changes that are likely to occur to meet Government targets. Expectations are rising for businesses to play a more prominent role in encouraging responsible consumer consumption behaviours.

Given this context, the ASA system announced in autumn 2021 that it would carry out a series of enquiries into specific issues guided by the Climate Change Committee’s identified priority areas requiring consumer behaviour change and carbon reduction which include aviation, heating/energy, cars, waste, animal-based food.

The ASA’s enquiries will encompass a blend of issue-based enquiries, research and, subject to the evidence base, new guidance to help businesses get their advertising right.  The order of planned activities is as follows:

o    Enquiry into claims made that touch on the issue of heating/energy and transport, with follow up action on any areas of identified concern.

o    Enquiry into claims made on the issue of waste (for example, ‘recyclable’/’recycling’, ‘biodegradable’/’compostable’ and “plastic alternative” claims), with follow up action on any areas of identified concern.

o    Enquiry into meat-based, dairy and other forms of food sustainability issues, with follow up action on any areas of identified concern.

In each of the above enquiries, the ASA will look closely at current advertising claims, using a range of tools including technology-assisted monitoring to identify problematic claims meriting further inspection. The ASA, CAP and BCAP will systematically report any follow-up actions, and address any concerns using a blend of activities: investigation, research and partnership work with other organisations, (in particular: the Competition and Markets Authority, the Department for the Environment, Food and Rural Affairs and the Department of Business, Energy and Industrial Strategy.)

It is likely that issue-specific guidance for businesses will be produced in the light of this work, through which the ASA, CAP and BCAP will be shining a brighter regulatory spotlight on environmental matters, and tightening up positions on problematic ad claims where there is an evidence base to do so.

Help with your environmental marketing

The ASA has built a resource hub relating to the regulation of environmental advertising issues, including a list of issue-specific guidance, which links directly to ASA rulings, many of which are the basis for principles set out in this guidance. You can also seek free, impartial and confidential advice on your non-broadcast advertising from our Copy Advice team.